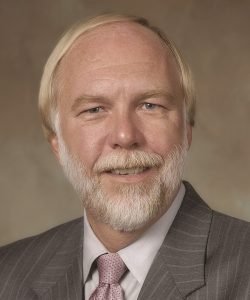 Mr Blixt began his 40 year career in private legal practice before taking on legal counsel roles, initially at Fiat-Allis and then at Caterpillar. In 1985 he joined R. J. Reynolds Tobacco as assistant Counsel Litigation. He spent 20 years at R. J. Reynolds in various legal roles including as Executive Vice President, General Counsel and Assistant Secretary for Reynolds American Inc from 1999 to 2006. He served as a Non-Executive Director of Krispy Kreme Doughnuts Inc (NYSE: KKD) from 2007 to 2016. Mr Blixt serves as a Non-Executive Director at Lamb Weston Holdings Inc (NYSE: LW), the largest North American frozen potato producer (and second largest worldwide) with a market capitalisation over US$6.5b. He serves as a Non-Executive Director of the $6.5b market cap Swedish Match AB (Stockholm: SWMA), one of the world’s largest tobacco products manufacturers. He served as Non-Executive Director of Targacept Inc prior to its merger with Catalyst Biosciences Inc in 2015. Mr Blixt also serves as a director of several privately held small companies. He is a principal in C&D Ventures, which invests in entrepreneurial start-ups and other businesses which require capital and/or business and legal expertise. 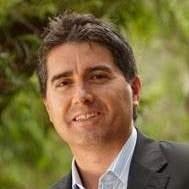 Prior to that, Mr Caruso worked for 14 years in direct mine operations across iron ore, coal and nickel. This included six years in technical and management roles at substantial coal operations in Western Australia (Griffin Coal) and Queensland (BHP).

He was most recently Vice President (Corporate Development) at Alcoa Corporation (a role he held from 2017 to 2019), which included time as a key member of the Bauxite business unit responsible for the operation, growth and acquisition of Alcoa’s bauxite mine assets globally. Prior to that, Mr Caruso was a Director with PricewaterhouseCoopers’ (PwC) consulting arm (from 2016 to 2017), with key responsibility for delivering critical solutions for clients including BHP, Goldfields, and Resource Capital Funds. 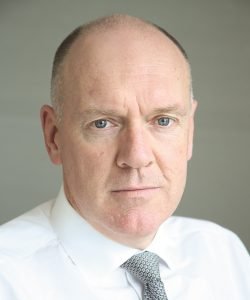 Over the past 25 years in his investment banking career, Richard managed or oversaw financings, M&A, JV formation and fund raising for various global companies in values from $10M to over $1B. 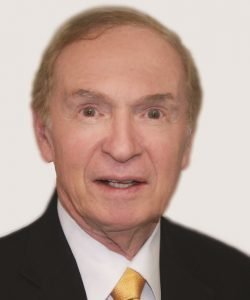 Mr Edwards has spent the vast majority of his professional career of over 50 years within the global coal industry, including purchasing, operating and selling three separate export coking coal operations (underground, open cut and highwall mines).  He has been extensively involved in benchmark coal price negotiations and various coal trade missions around the world.  He continues to be an active participant in coal trading markets.

In running his own coal businesses for the last 36 years, Mr Edwards had direct responsibility for export coal sales of up to 5Mtpa from both directly owned and third-party contracted operations in Australia and overseas.  He has close relationships with a broad range of Chinese, Japanese and Indian coal buyers.

Mr Edwards worked for leading coal producers including BHP (steelworks plants, including blast furnaces, coke ovens, and coal and coke research) and then was at the Joint Coal Board (heading its Technical and Marketing Departments). He joined Coal & Allied Limited (was Marketing Director and also chaired the internal committee overseeing development of its major Hunter Valley No 1 Open Cut Mine).  His last corporate position was Australian CEO of Consolidation Coal Company (then the second largest U.S. coal company).

Mr Edwards was previously International Chairman of the Coal Preparation Congress and also President of the AusIMM.  Other prior roles he has held outside of the coal sector include Chairman positions at SAI Global Limited (ASX:SAI) (2003-08), the Energy Council of Australia (1993-2006) and Standards Australia (2000-04).

Mr Edwards has a Science Degree in Metallurgy from the University of New South Wales.  He is a Chartered Professional, Engineer and Mineral Valuer and also a Fellow of the AICD, AusIMM, AIMVA and Institute of Energy in Australia and the U.K.

Mr Fear co-founded Argonaut Limited in 2002 to provide M&A advice, undertake primary and secondary capital raisings, and provide stock-broking services to natural resources companies and companies that operate in the resources sector. Over the last ten years, Argonaut has advised on over $4B worth of M&A deals, raised more than $3B in equity and more than $1.5B in debt for resource companies and projects. Argonaut works across the globe, and has conducted business in Australia, North and South America, throughout the Asia-Pacific region, and in Africa. Notable deals in which Mr Fear has been involved include $750m of capital raises for Ausdrill, GR Engineering and Austin Engineering; M&A advisory in relation to Regent Pacific’s $345m offer for BC Iron, the $287m merger of Ausdrill and Brandrill, Territory Resources $966m bid for Consolidated Minerals and Gem Diamonds $300m takeover of Kimberly Diamonds. 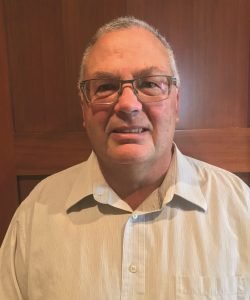 Mr Fleming is a qualified mining engineer with extensive experience in the Canadian coal and iron ore industries. His professional career spans over 35 years in technical, operational and management roles, including over 25 years at the leading Canadian coking coal producer - Teck Resources Limited (Teck).

Mr Fleming commenced his highly successful career at Teck in 1987. He initially worked at the Bullmoose Coking Coal Mine (1.7Mtpa) in northern British Columbia, including occupying the position of Site General Manager for the latter part of this tenure. In 1997, Mr Fleming moved to the Elkview Coking Coal Mine as Site General Manager, a position he held into 2004. During this time, he successfully led growth in Elkview’s production from just under 3Mtpa to approximately 5.5Mtpa. Mr Fleming was then appointed Vice President, Operations, of the Cardinal River Coking Coal Mine (1.6Mtpa) in 2004. In 2006, Mr Fleming was appointed Head of Operations at the Elk Valley Coking Coal Operations (which is located approximately 30km west of Atrum flagship Elan Hard Coking Coal Project). In this role, he had direct responsibility for six mines, plus associated rail and port transport logistics, delivering annual coking coal exports of approximately 26Mtpa. This included leadership of a total employee base of approximately 4,000.

Mr Koropchuk is a mining engineer with extensive international experience in mine development and operations encompassing over 35 years. He brings substantial project management and business development expertise, and a strong skillset in Corporate Social Responsibility (CSR), stakeholder engagement, permitting and sustainable development.

Mr Koropchuk’s work history includes over 27 years in key management and operational roles for the Anglo American (Anglo) and De Beers Group, working extensively across the Americas and Africa.

In May 2017, Atrum appointed Mr Hosanee as its Chief Financial Officer. Mr Hosanee is based in Vancouver and has significant experience in CFO roles in several resources companies including Golden Dawn Minerals Inc and Great Quest Fertilizer Ltd. Mr Hosanee is a Chartered Professional Accountant (CPA.CGA) and a Fellow of the Chartered Certified Accountants (FCCA).

Mr Stedwell is a professional Company Secretary, with over eight years’ experience as a Company Secretary of ASX-listed companies, including biotechnology, agriculture, mining and exploration, information technology and telecommunications. Mr Stedwell’s qualifications include a Bachelor of Commerce (Economics and Management) from Monash University, a Graduate Diploma of Accounting at Deakin University and a Graduate Diploma in Applied Corporate Governance at the Governance Institute of Australia. He is currently Company Secretary at several ASX-listed companies. 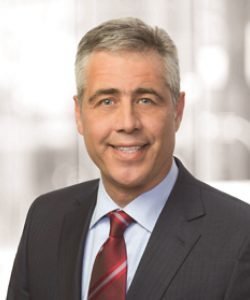 A geophysicist by training, Mr Mauro brings over 25 years of experience in resource project permitting, stakeholder engagement, regulatory affairs and business development, including permitting of a greenfield metallurgical coal mine and several large energy and power projects in Alberta. Among his past executive roles, Mr Mauro was the Vice President of Corporate Development at Maxim Power Ltd, and subsequently Inter Pipeline Ltd, both located in Alberta, Canada.

Mr Campbell is seasoned in geology and exploration management in Western Canada, spending the last seven years in metallurgical coal. He has extensive experience in project execution, exploration planning, coal quality testing, field mapping, drilling supervision and drill core logging. Based in Crowsnest Pass, Mr Campbell is closely engaged with the local communities and has supervised the exploration programs of Atrum Coal since 2014. 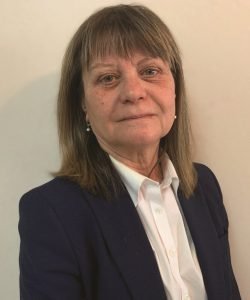 Ms Matkaluk is a Professional Geologist registered in the Provinces of Alberta and British Columbia. She is a graduate of the University of Alberta.  Ms Matkaluk has 35 years' experience in the resource sector with 15 years in the coal industry, including exploration, permitting, environmental assessments, Indigenous and Stakeholder engagement. Ms Matkaluk has held senior management positions with private and public resource companies regulated by Territorial, Provincial and Federal Governments in Canada.

For the past 20 years Ms Matkaluk has been working with Indigenous communities developing relationships, agreements and traditional land use studies to successfully move projects forward.  She has worked in British Columbia, Alberta, Yukon, NWT, Nunavut and the USA (Alaska, Texas, Oklahoma, Wyoming).

Ms Matkaluk is a past nominee for BC Resource Woman of the Year and currently sits on the BC Coal Advocacy Committee, Canadian Coal Mining Effluent Regulations Committee.  She is a past Board Member of the Mining Association of BC, Canadian Institute Metallurgy, Canadian Association of Drilling Engineers and Treaty 8 First Nations Education Committee.

Mr Cowan is an accomplished resource management professional that has been involved with mines at various stages of planning, exploration, development and operation over the course of his 20 year career. Mr Cowan has demonstrated competencies in advancing projects through the environmental assessment and permitting process with a proven aptitude for integrating operational knowledge and experience to maintain project viability and success.

Prior to joining Atrum, Mr Cowan held the position of Director, Environment and Sustainability with Hillsborough Resources and Environmental Manager, Canadian Operations for Walter Energy. Mr Cowan graduated with a B.Sc from the University of British Columbia and is a registered member with the Association of BC Forest Professionals, College of Applied Biology and Project Management Institute.